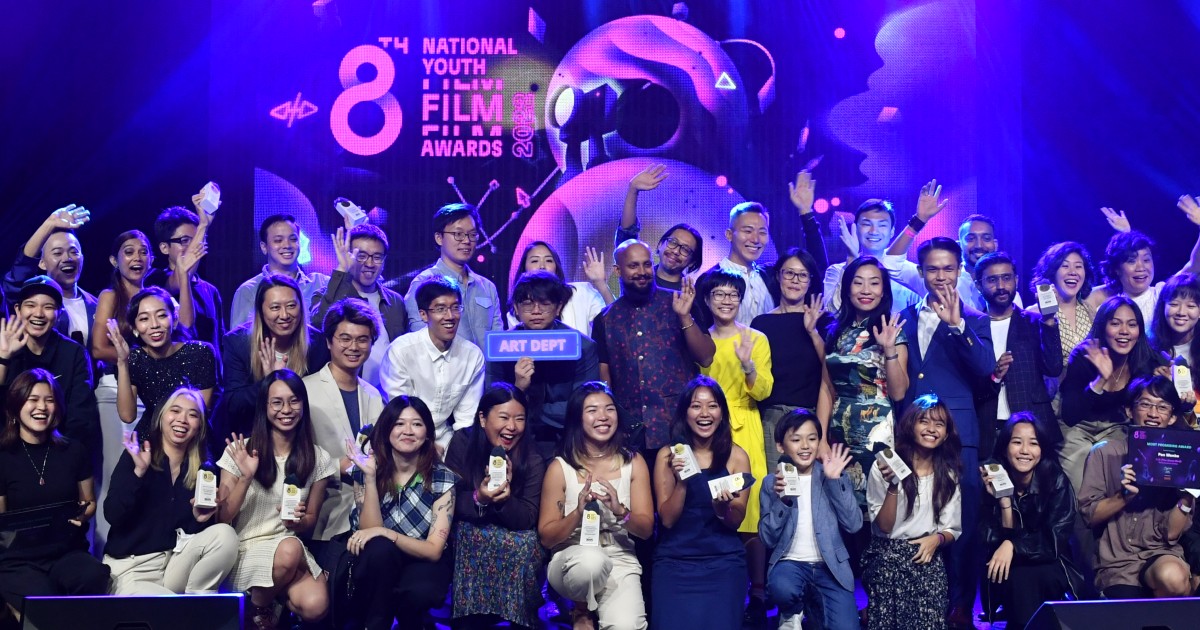 But to the surprise of the Art, Design and Media (ADM) student from Nanyang Technological University (NTU), her team ended up winning not just one but three awards, making it the most awarded film ever. at this year’s ceremony.

The short film was the team’s final year project in college. The film, inspired by the Burmese director’s experience struggling with a misogyny deeply rooted in her culture, won Best Live Action Film, Best Screenplay and Best Director in the student category.

Le Yee hopes her film can inspire other women to fight for equality and be true to themselves.

“I just hope the young girls there are able to fight for what they want and believe in…it’s hard to fight against your parents and tradition, but try to turn your disadvantage into your advantage,” she added.

The team also revealed to Youthopia that they were nominated at the Seoul International Women’s Film Festival. They will physically attend the festival in South Korea.

The NYFA is a national award organized by *SCAPE that celebrates young people who excel in different facets of filmmaking, content creation, animation or screenwriting.

The awards ceremony, now in its eighth year, took place at *SCAPE The Ground Theater on Friday August 19 and was honored by Minister of State for Culture, Community and Youth, Alvin Tan.

This year’s edition saw a total of 321 submissions. Among these submissions, a total of 25 awards were given in the student and youth open categories.

The 13 winners in the student category were made up of students from NTU ADM, Nanyang Academy of Fine Arts (NAFA) and LASALLE College of the Arts. It also marked the first year that no prizes were won by students of the NTU Wee Kim Wee School of Communication and Information or local polytechnics.

The animated film is also rewarded in the Student category. Loose threads. The film won the Special Mention award.

Director Chayanid Siripaiboolpong, who created this film as part of her school project, was inspired by her grandmother who suffers from Alzheimer’s disease.

“We wanted to show the struggle of remembering and forgetting…and the bonds between family relationships that we hope endure after memories have faded,” said the 25-year-old animation student from THE ROOM.

“Memories are very intangible and we can only imagine them in our heads, so animation is a way to bring that visual to life so other people can see what the character’s struggles are all about,” Chayanid added. .

Vikneshwaran Silva, best director in the Open Youth category last year, is making a comeback. This year he again received the Best Director award for his film Altar.

He shared that in the process of creating the film, he “broke many conventional rules of filmmaking” to make his film stand out.

The film tells the story of a security guard whose only companion is the altar in his house. The film’s eight scenes were shot from the same angle, but with different lighting, depicting the protagonist’s life through the lens of “God”. It was ultimately this unconventional creative direction that led him to the award.

“I had to keep in mind that I had to engage my audience. So in editing, I felt I had to do more than just stick to one shot.

“(Since) this movie is from God’s point of view, things wouldn’t be linear. (I could) fast forward, do layering and jump cuts,” he explained.

The 34-year-old shared that his entry for next year’s NYFA, which will also be his last eligible movie due to the age restriction, is already in the works. After which, he hopes to move on to creating more films and even venture into television series.

Yuga J Vardhan, 35, is another winner in the Open Youth category. His film, The sea between uswon him the award for best screenplay.

According to him, the film intends to publicize the experiences of Singaporeans and Malaysians who have seen their daily journeys on the roadway disrupted during the pandemic.

“Every movie I’ve done so far, I’ve made sure that every culture is represented in some way…I want to make sure that when this movie comes out in the world, it can to be identified as a purely Singaporean film… Even in terms of the casting or the language, I made sure that I expressed that soundly.

Although this is the last eligible year for him to compete in NYFA, Yuga remains optimistic about the future. Despite the challenges ahead, he is excited to tell more stories as a filmmaker.

In addition to these awards, the Youth Inspiration Award was also given to honor a young filmmaker with exemplary contributions to the Singapore film industry. Jerrold Chong, co-founder of Finding Pictures and acting program director for Cartoons Underground, received this special award from Mr. Tan.

In his closing speech, Mr. Tan urged young aspiring filmmakers to never give up.

“The arts are not only essential. The arts are an integral part. It makes us whole. It helps us tell a story like many of you have told on screen today…Your works clearly demonstrate what our young Singaporeans are capable of,” he said.