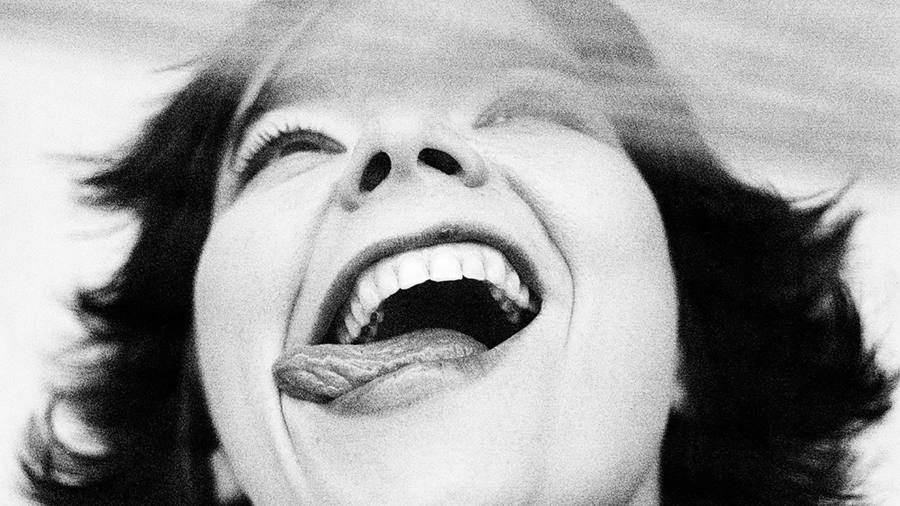 Since Lee Alexander McQueen founded the Sarabande Foundation in 2006 to support “creatively fearless” designers and artists, she has mentored more than 130 emerging designers, including Bianca Saunders and Craig Green. Leap, his latest publication, celebrates the work of 36 of his alumni while raising funds for future generations of scholars. Artists such as Aurora Pettinari York, Jo Miller, Saelia Aparicio and Alice von Maltzahn have hand dyed, carved, debossed, sewn, engraved, folded and hand quilted “a wide range of weird and wonderful papers”, with the results then hand-bound into 100 collectible books. Evie O’Connor’s lavish oil painting offers a bird’s-eye view of a swimmer doing laps in a hotel pool, while photographer Sam Rock contributed four romantic monochrome portraits. British artist Michaela Yearwood-Dan’s coral-toned diptych, created during confinement, features hidden text that “narrates with humor and sincerity my internal dialogue”, she explains – “I use my work as a cathartic journal-like publication”. At the top of the canvas, she writes: “Won’t you just save me? Nini Barbakazde

Bound is available for £2,500 from sarabandefoundation.org and Dover street market

The remote Polynesian island of Rapa Nui, named Easter Island by the Dutch, is known for its collection of around 900 stone statues from the 13th to 16th centuries, believed to be positioned at points around the Pacific island that mark water sources. It is understood that these majestic figures, known as moai, represent the faces and forms of the native ancestors of the island. This is after seeing a story about the statues in a 1960s issue of Life magazine that fashion photography duo Sean+Seng were inspired to shoot a series of photographs around the island; these have now been collected in a limited edition book, introduced by an original poem by Booker Prize finalist Nadifa Mohamed. “The most recent photographs are ultra-sharp digital images of the moai, taken with all the latest technical equipment,” says Sean. “We wanted to produce something softer: a series of paintings that tell a precise story of our cinematic impression of the island, of lost time.” Taken mostly at dawn and dusk, they show Hoto and Hoko, two local boys who have become models for the photographers, as they explore the stone faces, dressed in outfits made of grass that Hoto’s sister has collected from the volcano crater on the island and then dried in the sun. Baya Simons

Eyes That Look At The Sky, in an edition of 100, with a poem written in response to the work of Booker Prize finalist Nadifa Mohamed, and designed by Christopher Simmonds, £175 or £475 for collector’s edition and hand signed print, clairederouenbooks.com

Since its launch in 2014, Art on a Postcard has auctioned miniature works of art by Damien Hirst, Grayson Perry and Marina Abramovic every year in an effort to help The Hepatitis C Trust achieve its goal of eliminating the disease from the liver by 2030. This time, photographers such as Miles Aldridge, Ade Adekola and Harry Borden have donated boxes of 10 postcard-sized museum-quality prints to the cause, which will be sold as part of of the charity’s new Fine Art Photography Box Sale.

It’s “a wonderful way to support the Hepatitis C Trust,” says Borden, whose black-and-white celebrity photographs are housed in the National Portrait Gallery in London. His box set includes his images of Morgan Freeman, Michael Hutchence, the Spice Girls, Gillian Anderson and Björk, which he photographed in his native Iceland. “For her, being photographed is a creative collaboration,” he continues. “It was a bit stressful as I only had about 20 minutes. At one point I absurdly asked her to be ‘spontaneous!’ She laughed, stuck her tongue out and I got my shot . BS

Boxes of fine art photographs are available on artonapostcard.com for £250 each, with proceeds split between The Hepatitis C Trust and the photographer

The magic of Marrakesh

“Visiting Morocco is always like turning the pages of an illuminated Persian manuscript, all embroidered with luminous shapes and subtle lines”, wrote Edith Wharton in her 1920 travel diary. In Morocco. Excerpts from the American novelist’s colorful literary guide are featured alongside 30 digital paintings by contemporary British artist Leslie Gerry in a new large-format leather and fabric-bound art book, Marrakesh. The book is a visual celebration of the architectural and cultural history of the Ocher City, which has inspired artists and designers from Jasper Conran to Yves Saint Laurent. Gerry’s digital paintings include familiar sites such as Jacques Majorelle’s Klein blue villa, as well as more intimate street scenes: a man seated in front of a richly textured Berber rug. “The colors, the people, the markets and the buildings – the magnetic and intoxicating city on the edge of the Sahara Desert is another world,” says Gerry. BS

Marrakesh is published by Editions Leslie Gerry at £1,450 in an edition of 90 copies 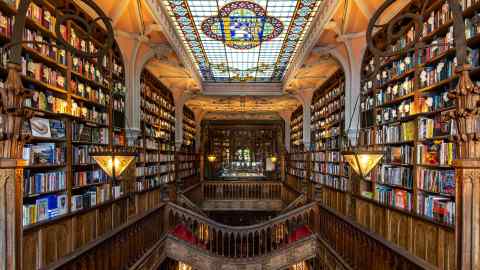