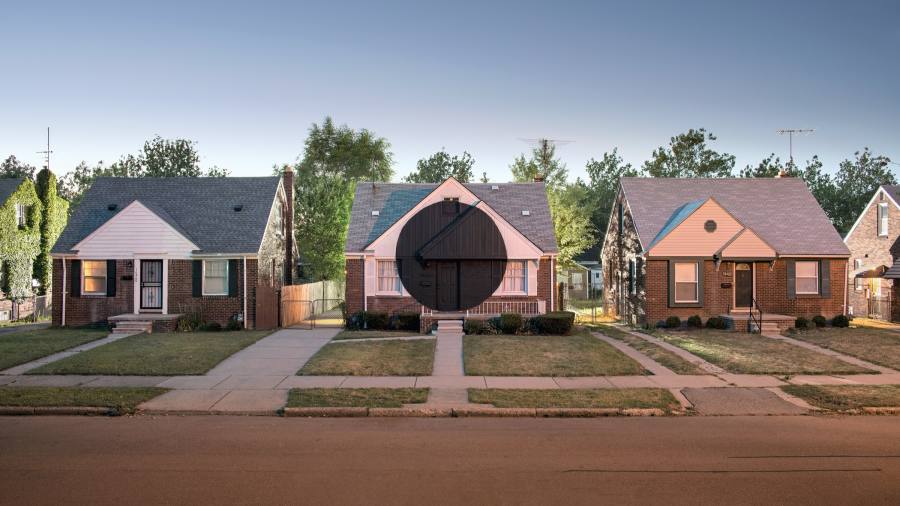 Andy Sewell’s photographs of British country life reveal a more modern and dynamic world than the “soft colors and weathered organic materials” that make up our idyllic fantasies of country living, says the British artist , who was born in east London and raised in Hertfordshire. What drew him to this kitchen sink still life was “the space between the countryside as an idea and the messier, more complex experience we find there.”

Sewell’s photographs feature alongside those of Don McCullin, Chloe Dewe Matthews, Martin Parr and others in a new social and cultural history of British documentary photography from 1945, and also includes essays by Ekow Eshun and Lou Stoppard. Organized chronologically, it offers a striking insight into the representation of British society over the past seven decades. “It’s a place often portrayed as a self-contained world, as an escape from modernity,” says Sewell of the UK’s wide open spaces. “What is there is always more fluid, mysterious and entangled.” Baya Simons
Another Country: British Documentary Photography Since 1945 by Gerry Badger is published by Thames and Hudson in collaboration with the Martin Parr Foundation at £50

For centuries, crosses and circles have been used to mark homes visited by disease or targeted for burglary. This act of externalizing the inner life of a home is something artist Ian Strange explores in his disturbed house monograph, which contains works created over the past 12 years in his native Australia, New Zealand, the United States, Norway, Japan and Poland. Spanning photography, sculpture and film, the sequence, collected in a new book ahead of an exhibition at the Cincinnati Photography Biennale in September, documents Strange’s bizarre “architectural interventions” on abandoned or damaged homes: a photograph shows a house engulfed in flames, others show properties marked with huge circles of black paint, SOS signals or without exterior walls or roofs. These degradations always testify to the environmental or economic struggles of the region.

After the 2011 earthquake in Christchurch, New Zealand, Strange removed the walls and ceilings of some of the city’s 16,000 crumbling homes and cast light from the gaping spaces left behind, mimicking the damage caused. by the event. It stripped the house of “any sense of security and stability,” the artist says, but “I was interested in filling those marks with light, and perhaps in a sense of release.” BS
Disturbed Home by Ian Strange is published by Damiani at 55 €

Before Collier Schorr shot fashion campaigns for Dior and Saint Laurent and covers for Vogue or Dazed, she trained her eye as a photographer on rural communities in southern Germany. The Queens-born artist began spending her summers in the small town of Schwäbisch Gmünd in the early 1990s, photographing the semi-industrialized landscape and its people. It was here that her lifelong fascination with adolescence began, as she captured city youth at work or at play in the fields.

August collects Polaroid photographs taken by Schorr at this time, mostly as staged studies for more formal portraits. In a snapshot, we see a youngster who pauses for a moment in the sun; in another, a topless teenager poses in a feather boa and military cap; another shows a child making snow angels in cadet uniform. As his subjects play with the trappings of their national history, Collier explores what it means to inherit such a past, as well as the sense of performance inherent in wearing a uniform. BS
August by Collier Schorr is published by Mac at £40

The Kentish fishing town of Dungeness, with its rows of pitch-covered cottages, meandering sea-worn metal and salty fronds of sea kale, developed its elemental aesthetic out of necessity. The pagan beauty of this coast has inspired artists and designers around the world, foremost among them filmmaker and activist Derek Jarman, who cultivated his ethereal garden here in the 1980s. It has also become a canvas for architects quite lucky to get the building permit from the private estate.

Architecture journalist and lecturer Dominic Bradbury’s Dungeness Coastal Architecture, beautifully illustrated with photographs by Rachael Smith, traces the development of the Dungeness vernacular, taking into account bold interventions by Simon Conder, Rodić Davidson and NORD Architecture. The book tells the story of this unique part of Kent through the profiles of 16 houses, old and new, and the landscape they are privileged to occupy. MARK C O’FLAHERTY
Dungeness Coastal Architecture is published by Flag at £25