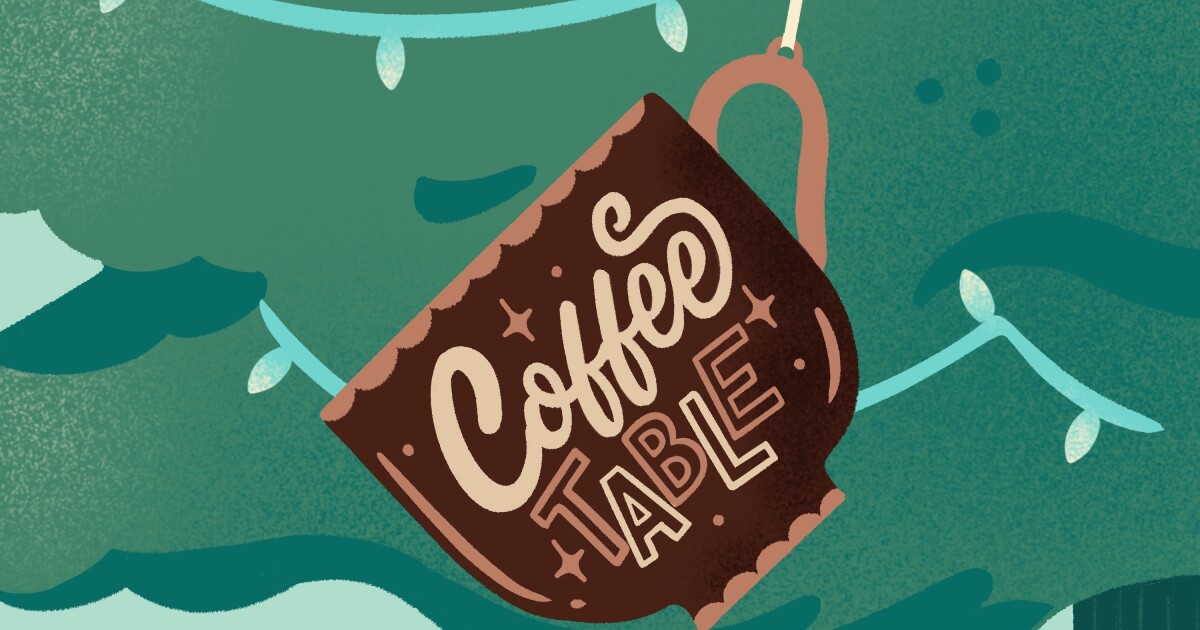 This is part of the LA Times 2021 Gift Guide. See the full guide here. If you purchase related books from our site, The Times may earn a commission from Bookshop.org, whose fees support independent bookstores.

“Alma W. Thomas: All is Beautiful”

Alma W. Thomas was 80 in the spring of 1972, when she became the first black woman to have a solo exhibition at the Whitney Museum in New York City, then the flagship institution supporting American art. His late abstractions, composed of dazzling traces of acrylic colors, are his most famous paintings. This catalog of a large traveling survey co-organized by the Chrysler Museum in Virginia and the Columbus Museum in Georgia, which houses the artist’s personal ephemera and a treasure of his previous drawings, looks back on the entire production of Thomas throughout his long life.

One of the most heartbreaking exhibition losses caused by the COVID-19 pandemic was the cancellation of the first museum exhibition of distinctive Baroque art in Genoa, the former Italian maritime power turned into a booming banking city in the 17th century. The exhibition was slated to open at the National Gallery of Art last year, rescheduled for this fall and ultimately dropped in August due to the complexities of logistical lending and shipping. Lush illustrations and readable texts display a surprising artistic pluralism during this Catholic period – in the secular and religious sense of the term.

Filled with illuminating archival illustrations, this deep dive into one of the 20th century’s foremost design thinkers covers everything from his analysis of the cornea of ​​the human eyeball to international economic structures. The geodesic dome is just the polymath’s most famous work. Daniel López-Pérez, professor of architecture at the University of San Diego, explores Fuller’s search for non-linear means of understanding to harness the power of design.

“The sum of us: what racism costs everyone and how we can thrive together”

No, it’s not an art book. But “The Sum of Us” is one of the most important few books published this year, and it exposes in powerful terms the larger cultural landscape in which art is created, seen and reconsidered now. Heather McGhee is a clear and generous thinker and writer on the misconception that progress for some must come at the expense of others – what she calls “the zero-sum paradigm” long operational in American life – and her book is essential reading.

Hung Liu’s sudden death at age 73 from pancreatic cancer just days before the opening of his retrospective exhibition at the National Portrait Gallery at the end of August lends an elegiac note to the beautiful catalog produced for the exhibition. During the torture of the Cultural Revolution in China, Liu was forced to burn dozens of family photographs – their embedded memories going up in smoke – for fear of unacceptable social imagery. Photographs are ubiquitous today, but her poignant paintings, executed in a fluid and vaporous style that she has called “weeping realism”, derive from these and other fragments that remain.

“The ‘nature’ of Emerson and the artists: the idea as landscape, the landscape as idea”

Writing and painting intersected and informed each other in the development of 19th century America’s sense of national identity – notably in its racial conception of a space to establish the authority of whiteness. Green, following his 2018 book on California’s first great artist, landscape photographer Carleton Watkins (1829-1916), examines the complex relationship between Ralph Waldo Emerson’s widely read 1836 essay, “Nature,” and landscape painters such as Albert Bierstadt, Thomas Cole, George Inness and John Frederick Kensett, as well as Watkins, sculptor Horatio Greenough and other influential artists.

The small number of well-known modern and contemporary artists from Africa (or working in Africa) are enjoying a significant and much needed expansion in this vast survey, which includes more than 300 painters, sculptors, photographers and other artists from the last 140 years, a selection recommended by an international panel of 30 experts. Among its other advantages, Princeton professor Chika Okeke-Agulu notes in his introduction that the vastness of Africa’s geography and its demographic and cultural diversity “oppose any notion of Africa as an entity. “. An array of Indigenous, Arab / Islamic and European / Christian artistic heritages emerge – some familiar, many appealing to new Western eyes.

If you found out last year that Rudy Giuliani was a dangerous clown as he waved his arms at a Big Lie press event in front of a porn distributor and lawn care company to fantasize about a presidential election allegedly stolen, you probably missed her outrageous 1999 attempt to close a museum because of an art exhibit. The show shouldn’t have happened – it only ruffled a private collection (and was partly subscribed by the collector) – but Giuliani had in mind the promotion of the culture war against racism and religious bigotry. . Former Brooklyn Museum director Arnold Lehman, where it was the museum, reveals from inside the ridiculous – but serious and widely reported – account of censorship.

Photographer Emilie Baltz takes food styling to an unexpected level in this original cookbook idea. The recipes for black bean dip, southern fried deer, and raisin-oatmeal cookies that were gleaned from notorious digital hacks, leaks and data breaches – Hillary’s emails Clinton, a Google reader of French President Emmanuel Macron – gets a very strange illustration. The cover’s still life, set against a white satin background, is iconic: it shows mushrooms strapped to a cellphone with a rubber band, a witty DIY of a “digital mushroom” that looks like an excerpt from the eccentric “Tropical” by Ed Ruscha from 1975 Fish series.

Dutch photographer Erwin Olaf brings the clean, polished sensibility of a commercial photographer to richly produced images with narrative implications that are never crisp. The result: The imagination is unleashed as a viewer is captivated by the desire to know something that will likely never be fully revealed. The investigation into 40 years of his work includes Olaf’s pictorial essays on life in three disparate international cities: Berlin, Shanghai and Palm Springs.

“Culture strike: art and museums in the era of protest”

Former Queens Museum director Laura Raikovich is rightly angry with art museums that misbehave, often claiming to be removed from the evils in American society with which they are inevitably linked. While the focus of the book is a bit too limited to cultural institutions in the Northeast, purely because this is where the author has the most direct experience, it nonetheless presents thoughtful considerations on pressing issues that arise. ‘apply everywhere. Among them are the private power of philanthropy, the practical and spiritual benefits of staff diversity, the unionization of cultural institutions and the outlines of the social responsibility of museums.