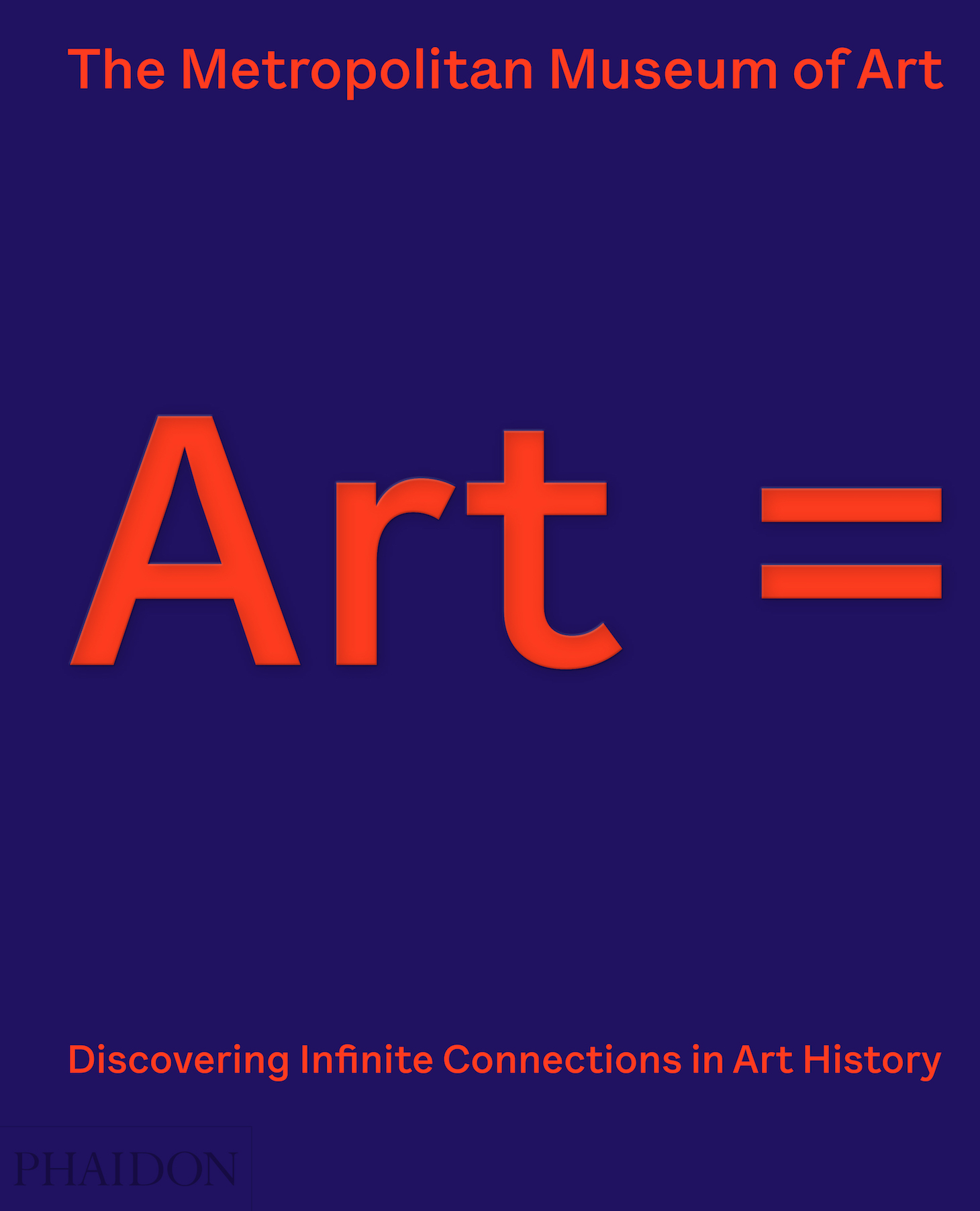 Who is visiting our major national collections at the moment? Too few of us, it seems.

As Giovanni Batista Moroni’s handsome young tailor, scissors in hand, gazes unhindered at a magical mythological scene by Titian in an otherwise sparsely populated Renaissance room at the National Gallery in London almost every afternoon in London. during the week, these objects with abandoned walls seem to ask themselves: where have all these admirers gone? A lot of great paintings feel very lonely these days.

How can these paintings keep visitors coming back now that the museum doors have reopened in so many places around the world? Art publications can help. Two recently released books remind us of what our precautions deprive us of.

Art =: discovering endless connections in the history of art (Phaïdon, $ 75)

Art =: discovering endless connections in the history of art, the longer and more lavish of the two, takes us on an extraordinary journey through 6,000 years of art history at the Metropolitan Museum in New York. Spread over a double page spread, it throws out themes with reckless abandon, then takes us through a multiplicity of two-dimensional and three-dimensional objects from the museum’s multifaceted collections, linking that to that in a perpetual journey of fascinating cultural intertwining.

How do you connect, for example, a Japanese ceramic bowl that is several millennia old with a painting representing an ordinary rake made in the middle of the 19th century by François Millet? What binds these objects together? What is it that ignites the spark between them? This book tells us.

London’s Tate Britain has taken a more sober approach in its presentation of the Five hundred years of British art in its collections. The book lingers on isolated works, spread by diffusion, telling their stories in brief, proving their magnetic power, their endurance. Among his many revelations (to take one wonderful example among many) is Mark Gertler’s large painting “The Merry-Go-Round” (1916). How is it that the stiffness of the faces so deliciously expresses both the numb terror and sadness of life in the midst of World War I, a conflict that seemed endless?

A representative selection of paintings from JMW Turner’s great legacy to the British nation are still on display at Tate’s Clore Gallery, should you decide to linger for a while. For more information on the working habits of the man himself, when he had barely started, there is a brand new facsimile edition – you can put it in the palm of your hand – of his so-called Wilson Sketchbook full of color drawings he made at the age of 21. Impromptu flashes of landscapes, seascapes, cityscapes – everything was water at Turner’s mill, so eager and thirsty was his young eye to learn, to learn, to learn his art.

Earlier this year, a fascinating exhibition opened and closed within a week at the Fundación Juan March in Madrid. Fortunately, its catalog – The Irascibles: Painters Against the Museum (New York, 1950) – survives to tell the story of the low-intensity, bloodless war between Abstract Expressionists and the Powers that were once in the Metropolitan Museum. Frankly, both sides hated each other. The Met, according to de Kooning, Motherwell, Newman, Pollock and other artists, did not have time for “advanced art” of the genre they were doing.

The famous group portrait published by Life magazine in 1951 watches us from the cover of the catalog: 14 middle-aged men, solemn, many smokers, most of them seated, looking surprisingly conventional in their suits and ties. Above them all, as on a pedestal, is an unmarried woman, Hedda Sterne.

Do you want to get involved in artistic creation yourself, in the company of some of the greatest contemporary artists of today? This is what is proposed in Open Studio: DIY art projects by contemporary artists, a book of artistic projects proposed by Marina Abramović, George Condo, Rashid Johnson, Sarah Sze and many others. The photographs catapult us into the exhilarating, wall-to-wall clutter of the studio, and the step-by-step advice and instructions from the artists themselves make the whole process both fun and easily achievable. Why not dive in?

Where did American artists choose to go when they left their country? The catalog Americans in Spain: Painting and Travel, 1820-1920 accompanies a major investigative show currently slated to open at the Chrysler Art Museum, Norfolk, Virginia, in the spring of 2021. It chronicles Spain’s appeal to many American artists, including Mary Cassatt, John Singer Sargent, and James McNeill Whistler , in the 19th and early 20th centuries.

What exactly was Spain? Was it perhaps “the strings of donkeys, backs bent under the weight of saddlebags and pottery” that Hobart S. Chatfield-Taylor recorded upon seeing in a mood of excitement? Or was it, just as likely, the great works of artists such as Velasquez and Ribera, so ripe for copying at the Prado in Madrid?

Pepe Karmel has done us a service by writing a fascinating study on abstraction – from my corner, it is not an easy thing to do. In Abstract art: a global story, he begins with his first practitioners, then breaks the subject down into a group of choice themes, which include the body, the cosmos and architecture. Each section brings together its own practitioners and presents a unique work for scrutiny. Simple, eh? He makes it look, with ease and authority. Nothing bogs us down or causes perplexing scratchings of the head.

After all, is art just a ruse? Yes of course. Aren’t we all suckers for multiple worlds of illusion? at Florian Heine The art of illusion describes a lot of rather peculiar stuff – anamorphosis and optical illusion, to name just two – that artists have played on us over the past few thousand years. How many of us would willingly walk down a hallway that seems endless to the naked eye, or try to peel off a dollar bill painted on a two-dimensional surface? Such is our touching credulity.

To conclude this tour of some of the most visually appealing books of the year – and to erase from our minds the twin horrors of disease and tough politicians who have failed to guide us to greener pastures. – let’s go back to the middle of the 19th century, landing in a Japan that was newly opened to the world.

This is where artist Utagawa Kuniyoshi has created cycles of prints that seem to so convincingly anticipate our present – from the world of manga to the latest video game battlescapes – with color, energy and a extraordinary liveliness. There’s a lot to do to exercise the eye in these incredibly fantastical conflict scenes, which pit demons and spiders against the latest superhero.

The book, titled Kuniyoshi and written by Matthi Forrer, is as expansive and cinematically sumptuous as its passionate subject seems to require.

Looking at images from the heyday of Sudanese photography, it reminded me to listen as much as to watch.

“I make a financial instrument like a work of art. This is the new reality. She stares into the distance. “What is existence on the blockchain? Does a TVN exist? ”

Oh, to be a painter! brings together nine of Woolf’s published art reviews, catalog essays, and experimental texts from 1920 to 1936.

Both casual and obsessive fans of the group will appreciate the sheer volume of new material in Peter Jackson’s epic docuseries.