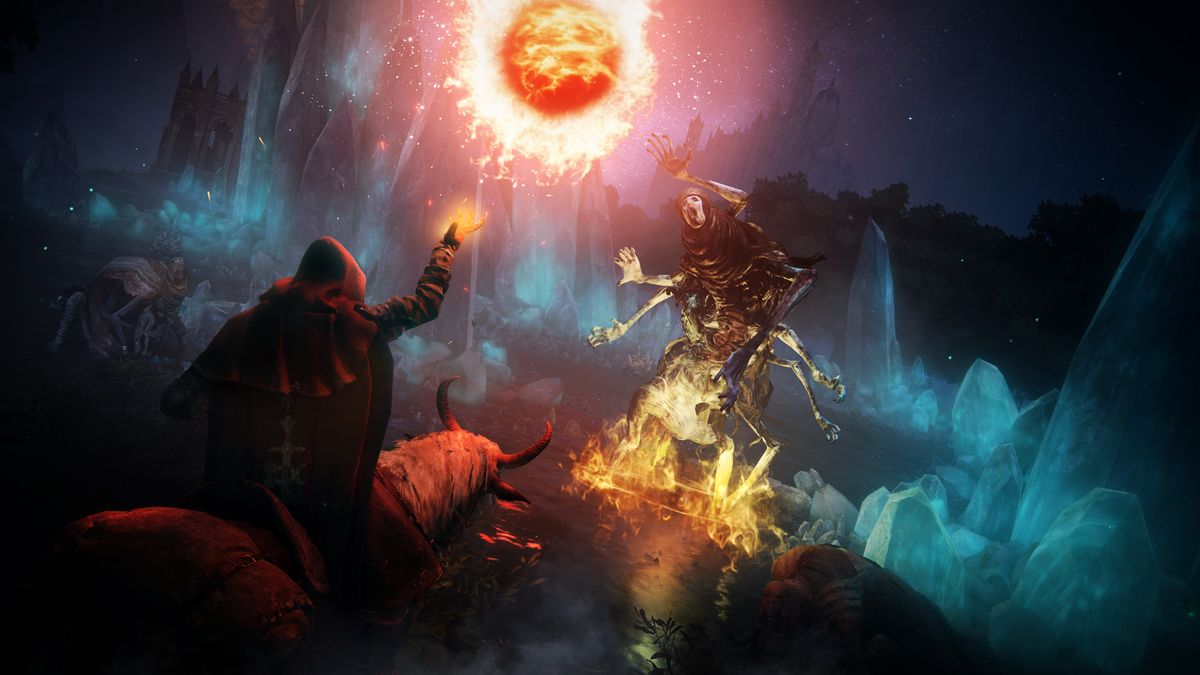 As is common practice for FromSoft’s games since Dark Souls, concept art for Elden Ring is to be collected in a sumptuous book. But this time the game is so big, the art book is coming of them Volume of 400 pages. Both will be released on November 30 in Japan, with global releases inevitable but yet to be confirmed. Volume 1 focuses on concept art for locations, NPCs, and armor, while Volume 2 contains enemy, weapon, and item art.

Both books are available separately, or you can sell a kidney and get the so-called Ultra Edition: this comes with a box to hold both books and a framed artwork showing Godfrey. The books are A4-sized and sell for 4,400 yen each ($31/£27) with the Ultra Edition fixing a tarnished spine for 17,600 yen ($125/£108).

I’ve purchased all of From’s art books in the past, with the original Dark Souls Design Works and Bloodborne both being spectacular books. The blurb for these doesn’t mention whether they’ll include interviews with the design team and Miyazaki – traditionally they have, and the interviews are uniformly excellent. Miyazaki’s infamous quote to an artist about their undead dragon concept comes from the book Dark Souls: “Can you not rather try to convey the deep sorrow of a magnificent beast doomed to slow descent and may -be endlessly to ruin?”

As I get older, I feel very seen by this quote. Seriously, the only problem I’ve had with official art books is that the print quality of the Western edition is often inferior to the Japanese originals. I felt that especially in the case of Bloodborne. But also, I’m a book snob, and books as they exist are fine and always look like good value for money.

I asked Bandai Namco if a worldwide release is planned and will update with any response. In the meantime, feast your eyes on these official images from the book and have a lot of fun seeing the word “sample”: