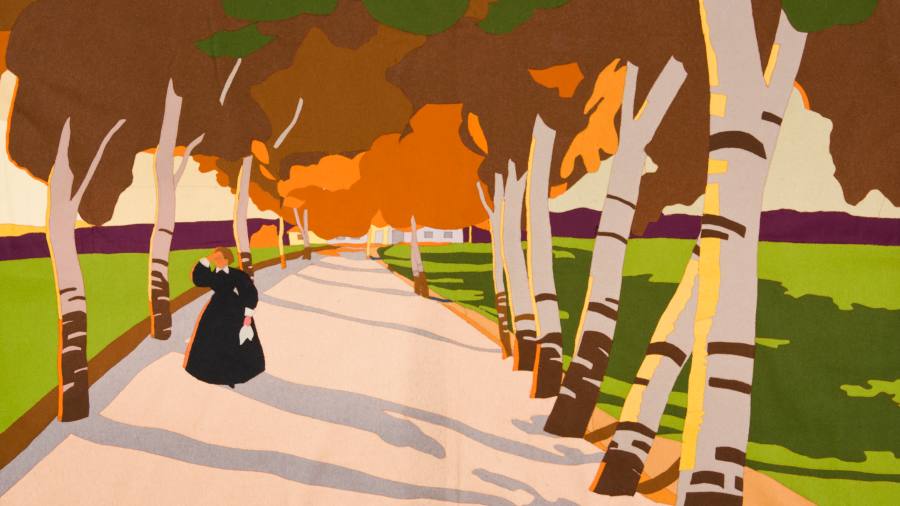 Young Poland: The Polish Arts and Crafts Movement, 1890-1918
Edited by Julia Griffin and Andrzej Szczerski; Lund Humphries in association with the William Morris Gallery and the National Museum in Krakow, £ 40

In the 1890s, Poland emerged from nearly a century of division and partition between Russia, Austria and Prussia. The search for an aesthetic identity ensued, giving rise to an Arts and Crafts movement that historians now compare to the English equivalent (led by William Morris). This book pleads in favor of this parallel, through 250 sumptuous illustrations of ceramics, textiles, cut paper, stained glass, book arts and Christmas decorations.

Anni and Josef Albers, one of the great creative couples of the 20th century, have never really collaborated on their work except for their annual Christmas card and Easter eggs. But this volume – the first entirely dedicated to the couple – traces their relationship through rarely seen photographs, collages, paintings and weavings, which form a visual biography of the duo.

For an artist known for his strong and vivid silkscreen prints, there is something surprising in the tenderness and delicacy of Andy Warhol’s line drawings, brought together here for the first time. The book is particularly interested in his images of male subjects, often sexually charged. The works are punctuated with poems by James Baldwin, Thom Gunn and Allen Ginsberg, creating a soft and introspective atmosphere.

The paintings by British artist and writer Lynette Yiadom-Boakye may at first glance appear like traditional portraits. However, these are not faithful representations of blacks, but rather imaginary figures evoked by the artist. His fictional subjects occupy timeless worlds: in ballet lessons; drink champagne or cups of tea. “There are ideas about how a black body should be, should move, what darkness means,” she says of the decision to paint from her imagination. “I can separate the work from this expectation from the reality and refer to a different reality. In this new title, produced to accompany a study of his opening at Tate Britain on November 18, nearly 80 of his rich and psychologically complex works are presented.

“My photographs aim to provoke a careful examination of the environment in which we live,” explains Peter Hauser. Close-up on black and white negative film, anguish addresses modern anxieties: climate change, consumption and capitalism. It is bound in PVC film, representing the “ultimate contradiction between the surface and what lies below”.

What’s going on in the studios of Haas Brothers, KAWS, Marina Abramović and John Currin? Open the workshop captures those creative forces in the act of making an original project designed for readers to recreate at home. Featuring removable models and other supplies, the title guides you through the processes of each artist’s singular project.

Photographs of Cy Twombly’s house in Rome, with its gilded Baroque chairs and stern-looking marble busts, reveal that the artist, known for his modernist and abstract expressionist paintings, was in fact fascinated by antiquity. This obsession is the subject of a new book on his work, Cy Twombly: Making the past present, which places the artist’s paintings, drawings and sculptures alongside classical works, including some from her own collection, and essays by writers like Anne Carson and Brooke Holmes.

The International Gay Rodeo Association is the little-known organizing body of the LGBTQI + cowboy and cowgirl communities in North America. Based in rural Colorado, he runs educational programs and competitions and teaches athletic skills, animal care and self-confidence to the community. Photographer Luke Gilford, himself the son of a professional rider, spent three years documenting the scene. The resulting book is a glorious and poetic celebration of this unique subculture.

“Now cities have everywhere emptied of street life,” writes photographer Joel Meyerowitz of the new title. Perfect Strangers: New York Street Photographs, Melissa O’Shaughnessy’s first monograph. This book serves to capture what life on the streets of New York was like before the pandemic struck: a heady turmoil of families, tourists, businessmen and buyers.

The adventures of Guille and Belinda and the illusion of an eternal summer
Alessandra Sanguinetti; Mack Books, £ 55

In 2003, photographer Alessandra Sanguinetti, born in New York and raised in Buenos Aires, published a photographic study of two cousins ​​living in the Argentine countryside, as they passed from young girls to teenage girls. In this new book, Sanguinetti looks back on the same couple, this time exploring their journey from teenagers to young adults, through romance, pregnancy and motherhood. It is both a chronicle of the passage of time and an ode to the timelessness of female company.

Best known for her large-scale gestural paintings, Amy Sillman has her illustrations and essays prominent in this title. Comics, drawings and portraits rub shoulders with written pieces ranging from queer readings of abstract expressionism to the role of the body in artistic creation. According to Sillman: it is about this “moment of tension between the ideal and the real, where what is supposed to happen goes wrong … This tension is in part what abstraction speaks about: the subject no longer fully controls the ‘plot “. 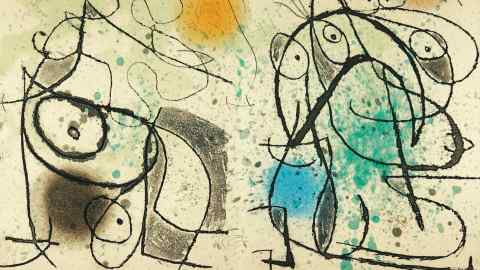